So, I’m about to head out on this Saturday night, but first things first. I had to do my hair. 🙂 Hashtag, Wash Day!

I do currently have a partial sew in in my hair, as a protective style as I like to refer to it as. With a partial sew in, I try to wash and blow dry my hair at least once a week.

So I washed my hair with the Aphogee Shampoo for Damaged hair, and conditioned it with Keratin 2 minute Reconstructor.Like I have stated in previous blogs, I do have heat damage that I am trying to grow out, and these products work PERFECTLY for my 4A type hair.

Love these products. Now, I have to be honest with you, Naturals. After I washed my hair today, I did notice that I have a tad bit of heat damage on my real hair thats been left out to cover my tracks. No bueno. Now, Ive only been using a flat iron on the real part of my hair once a week on wash days, on 320 degrees. Yet, my curl pattern does appear to be looser.

Can you see the looser curl pattern and texture? Man, I miss my curls. I don’t know if Im going to be able to have this weave on my head for too much longer.

Anywhoo, I made sure to dry my hair with a T- shirt as opposed to a towel ( highly recommended as well; when you towel dry your hair, your hair is more prone to break off because of the cotton) and prepped my hair for the heat with the Garnier Fructis Style Flat Iron Protector Straightening mist, infused with Argan Oil. Highly recommended for the Naturals who want to try the straight look every once in a while!

One thats done, its time for the blow drying process. With my sew in installed, this process doesn’t take long. The only tip I would give is to MAKE SURE your scalp is fully dry, especially with a sew in. If the braids underneath are not completely dry, not only will that affect the over look and style of your weave, but it could cause MILDEW. Gross.

Alright, Naturals and bloggers! Here is the final look.

Shout out to my crown – area growth! 3 months ago, My crown – area used to stretch only to the middle of my forehead. Nice to see some growth.

Alright naturals, Im out! Share your thoughts and comments below. Always remember: You are Fearfully, Wonderfully, and “Beautifully mane.”

So in my last blog post, I mentioned seven interesting facts about me.

Seven Interesting Facts About Me:

1. I have been drinking Starbucks espresso drinks religiously for 3 years.

2. I have been natural for a little under a year.

4.  Live in Michigan, but have never been to Canada.

5. Studied theatre in NYC for a year.

6. Have been blogging on wordpress for only 2 weeks.

7. I consider weave to be a protective style: Check out the story, https://beautifullymane.wordpress.com/2013/12/10/oh-what-a-tangled-web-we-weave/

1. Im extremely double jointed – I can bend my thumb almost to the point it touches my own wrist.

2. My favorite Natural Hair vlogger is Taren Guy — Check out more facts about her in “My natural hair inspirations” at the top of my page.

Thanks ladies! Always remember: You are Fearfully, Wonderfully and “Beautifully mane.”

I am elated to announce that I have been award the Dragon’s Loyalty Award by isleofazure from islandkynks.wordpress.com, styling tips for a Natural Gal. Thanks so much, I am MORE than excited since I just started blogging. Its been a fun ride sharing my wild hair journey so far, one kink and protective style at a time. Im looking forward to connecting with more naturals as I continue to write blogs, and begin filming vlogs February 2014.

Sorry I couldn’t figure out how to tag you guys. Im sure you ladies are smarter than me, so youll figure it out. You ladies ROCK!!!

Seven Interesting Facts About Me:

1. I have been drinking Starbucks espresso drinks religiously for 3 years.

2. I have been natural for a little under a year.

4.  Live in Michigan, but have never been to Canada.

5. Studied theatre in NYC for a year.

6. Have been blogging on wordpress for only 2 weeks.

7. I consider weave to be a protective style: Check out the story, https://beautifullymane.wordpress.com/2013/12/10/oh-what-a-tangled-web-we-weave/

Thanks ladies! Always remember: You are Fearfully, Wonderfully and “Beautifully mane.” 🙂

So I just recently purchased a bold, statement piece necklace that I fell in LOVE with passing by a vendor table at my church this sunday. I don’t normally wear statement pieces — Thought I would give this look a try. Share your thoughts & comments below!

Thanks guys! Remember, you are Fearfully, Wonderfully and “Beautifully mane.” 🙂

So, Queen B had quite a few captivating moments throughout her visual album.

Like that time she started twerking her whole body. Or that time she fell from the air onto the bed… Yeah, no big deal. We do that all the time.

Ive always been a fan of Angela Simmons — She was rocking box braids at 135th streets Annual holiday party. Looked to be an event for women rocking beautiful textures.

So, I was on twitter a couple of weeks ago, and I came across some pretty opinionated, debatable tweets by one of twitters personalities, @NelsonEmpowered.

Interesting, right. Reading these tweets got me thinking; Are natural hair girls more knowledagable of their history and their roots? Does this mean that women who prefer relaxing their hair less knowledgable, if knowledgable at all? Whats the deal with all this HAIR?

Hair, especially black hair is so controversial in todays society. It has so much HISTORY,   which as a result, contains a lot of sensitivity. Dermatological research (see Browne, 2006; Loussouarn and Rawadi et al., 2005; McMichael, 2003; 2007; Wolfram, 2003) has shown that we are all born with approximately 150,000 hair follicles on the scalp but when it comes down to it, not all hair is created the same. Visually, black hair is thicker, curlier, and often frizzier as compared to Caucasian and Asian hair. And, from a grooming standpoint, it is also more sensitive to excessive manipulation, requiring a different set of styling techniques.
In 15th century Africa, hairstyles were worn to symbolize a person’s marital status, age, religion, ethnic identity, wealth and rank within the community.
In slavery days, hair became more a matter of the labour that you were forced to do on a daily basis. For example, field slaves often times hid their hair from others, whereas house slaves were required to wear wigs similar to their slave owners, who also wore wigs during this period in time.
In the early 1900s, Madam C.J. Walker received a patent for developing the “hot comb” also known as a “pressing comb”. Y’all know all about the hot comb, when you had to sit in-between your mama’s legs as she greased your scalp prior.
This was the first hair tool of its kind to actually be marketed by a black woman to other black women, and it TOTALLY changed the hair game. Madam CJ Walker became the nations first black millionaire and now, black hair care products make up almost $10 billion in the industry, according to industry data.
Once the straightened hair was exposed to moisture, however, it would revert back to its original state. In the 1960s, George E. Johnson’s chemical straightener, also known as a “relaxer” was introduced and positioned as a less damaging product to the hair and scalp; it was a more convenient way to straighten hair since it could be applied at home and it was more permanent – only requiring re-application every two to three months. Today, it is estimated that 70% to 80% of black women chemically straighten their hair.
Even growing up, whether you grew up in the 80s or the 90s, as a young lady, if your hair wasn’t right? You would get talked about, stomped upon, almost as if your hair was who you WERE. Its kind of symbolic and representative of the slave days, if you really think about it.
We all know of the recent incident with 12 year old Florida girl Vanessa VanDyke, whom was threatened to be expelled from her private school if she didn’t cut or straighten her hair to avoid being a “distraction.”

Still appalled by that story, but news stories share she has been welcome back to her school. Thank God.

So the question remains: Whether relaxed, straight, curly, wavy, kinky or doily… How does our hair correlate with black history? Why does our hair even have anything to do with black history? Is one party more knowledgeable than the other, or is this just more likely to create division?
Its been my experience that our experiences are what shape our reality. I have had instances in which I have ran into plenty of natural hair girls, whom not only are more knowledgable of their history and where they came from, but they are more apt to embrace it. I have talked to plenty of relaxed girls as well whom are JUST as knowledgable… yet they are hesitant to truly embrace their heritage when it comes to letting their kinks and coils let free reign. Why?
Ask yourself this question: Am I my hair? Does my hair define who I am, or does it add value to who I am or who I desire to be?
I would encourage you to challenge yourself. Whether natural, relaxed, straight or wavy, to truly look at yourself in the mirror and ask yourself those questions above. What does my hair say about me? Does it determine whether I will have a job? Does it determine whether or not I will have a man? Does it make me who I am, or do I make ME who I am?
This topic is so controversial in todays hair world; just thought I would touch on it. Thanks guys!
Also, make sure to follow twitter personality @NelsonEmpowered. He is a TRUE Natural hair advocate. Nice to see the men reppin’ for us!
Always remember: You are fearfully, wonderfully and “Beautifully mane.” 🙂
Sources: http://www.huffingtonpost.com/2011/08/04/black-hair-natural-relaxed-_n_918200.html
http://quod.lib.umich.edu/cgi/t/text/text-idx?cc=mfsfront;c=mfs;c=mfsfront;idno=ark5583.0022.105;rgn=main;view=text;xc=1;g=mfsg

Have you ever had that moment when you’re driving in the car or walking down the street and you see another fellow natural and make that INSTANTANEOUS eye contact and sudden connection? Like love at first sight, just with kinks and coils?

Those moments when you’re at a party or event and you see another natural, you give each other that chin up head nod. 😂 Dont tell me I’m the only one who exchanges numbers with almost every natural I meet!

Remember, you are wonderfully, fearfully as “Beautifully mane.”

Hey guys! So, I am thinking of going for a full blown, blow out once I get this weave out my head.

What are some tips on achieving a good blowout? Is there a way to do it heatless? Share your tips and ideas!

Welcome to my page!

"I was shy, but it came out in a big personality. It all began when I let my hair go naturally." - Tracee Ellis Ross

Sharing my wild hair journey, one kink at a time. 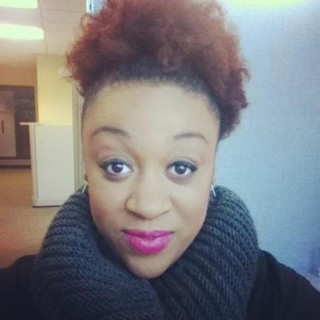 Lizz is a 20 - something Detroit native, currently resides in Novi, Michigan. Full time sales representative at Dale Carnegie Training, as well as a student at Wayne State University, majoring in Journalism. Chose to embark on the Natural Hair expedition in December 2013, elated to share the journey with fellow naturals and bloggers. Vlogs will debut February 2014.

My most recent comments

Natural hair is an extension of yourself. If you cannot truly be natural and LOVE whats sprouting out of your own head, how can you truly LOVE YOURSELF? Be Natural. Be free. Be you, one kink at a time.

Beautifully Mane
Create a free website or blog at WordPress.com.